The not guilty verdict handed down in the case of Officer Edward Nero today comes as no surprise to those of us who have long recognized that securing justice – especially in the courts of the United States – is more marathon than sprint.

END_OF_DOCUMENT_TOKEN_TO_BE_REPLACED

Organizing in Baltimore is relational. In Baltimore, grassroots leaders don’t earn their stripes on twitter or on the protest line; Here you earn your stripes by serving and being in the community when there are no cameras.

END_OF_DOCUMENT_TOKEN_TO_BE_REPLACED

“She has this fiery spirit about her, as much as I try to quell it — ‘Makayla, you can’t save the world, you have to go ride your bike,’ ” said her mother, Zelda Gilliam.

END_OF_DOCUMENT_TOKEN_TO_BE_REPLACED

All 16 people who were arrested inside Baltimore’s City Hall after protesting the appointment of Kevin Davis as police commissioner the day prior werereleased from county jail early Friday morning.

Davis served as interim chief after Anthony Batts was forced out in July. Batts served as commissioner during the protests that rattled the city and occasionally turned violent earlier this year. The demonstrations were sparked by the death of Freddie Gray, an African-American man who died in police custody in April. Six officers are awaiting trial for charges related to his death.

Of the 16 arrested for trespassing, three were minors, and the others primarily young adults, according to Lawrence Grandpre, the director of research atLeaders of a Beautiful Struggle Baltimore, a youth-led think tank and advocacy group. Grandpre describes himself as an adult ally to the youth who organized the protest.

The protest began Wednesday evening as members of Baltimore’s council appointments committee met to approve Davis. The city’s complete council and the board of estimates, which is led by the city’s mayor, Stephanie Rawlings-Blake, still must approve Davis for the commissioner position.Davis was suggested for the job by Rawlings-Blake and is expected to pass this step.

According to the Sun, Davis addressed the demonstrators on Wednesday and said he supports body cameras on police officers.

“The community will determine our success. There’s no two ways about it,” he said, adding that police officers need to take on a “guardian mentality” rather than a “warrior mentality,” the Sun reported.

It is this “warrior mentality” that has irked the youth movement, Grandpre says.

“When there are potentially minor infractions in the process of people expressing their First Amendment right, instead of engaging these people in dialogue, they feel that during the short reign of the interim commissioner the police now escalate it to arrests,” Grandpre explains. “[The protesters] first demand is for the commissioner to change his policy about aggressive policing of protesting.”

“What we have is police who cannot delineate between a peaceful protest and someone targeting them, because they haven’t had the training. I think the young people wanted a dialogue. They want substantive engagement,” he adds.

In addition to taking issue with Davis’s policing, Grandpre notes the protesters took issue with Baltimore’s housing commissioner. Grandpre says the protesters also take exception to a plan to build a detention center for youth charged as adults. He argued that the funds would be better used for programs meant to engage the community and prevent young people from falling into the criminal justice system in the first place.

“This isn’t just about Commissioner Davis. This is about a larger system of injustice,” Grandpre says.

Protesters occupied Baltimore City Hall overnight, demanding community involvement in the selection of a new police commissioner for the city. Police arrested at least 12 on charges of trespassing in the early hours of Thursday morning.

One protester posted a video message from the back of the police van after he was arrested.

“We are getting arrested because they don’t value our lives. All we want is just a little bit of respect, our demands met, to hear from he people in positions of power, the mayor and the police commissioner,” the man said in footage posted by @BaltimoreBloc.

Most of the protesters were young student activists who oppose city deliberations to instate interim Police Commissioner Kevin Davis on a permanent basis. A city council subcommittee voted to make Davis the permanent police commissioner on Wednesday night, however he still has to be approved by the full council in a vote scheduled for Monday.

Davis took the interim role in July after his predecessor, Anthony Batts, was fired after violence rocked Baltimore and in the wake of unrest and rioting in April in the wake of Freddie Gray’s death.

Six Baltimore police officers have been charged in connection with Gray’s death and are currently awaiting trial. Since their arrests, widespread unrest, homicides have risen, and residents in crime-addled neighborhoods have accused police officers of abandoning their posts.

The Baltimore Police Department said protesters who refused to leave city hall “after hours of communication and warnings” were arrested. They estimate that around 50 people took part in the sit-in.

City hall was quiet for a few hours, and police left the scene, but just hours later, a new group of protesters had gathered in front of the building around 8 a.m.

The group also sought a sit-down meeting with Davis and Mayor Stephanie Rawlings-Blake, and had vowed not to leave city hall until city officials agreed to meet a list of demands that included better treatment for protesters, a significant investment in public schools and social services and a promise that police would avoid wherever possible using armored vehicles and riot gear. In the interest of constitutional rights, the protesters said, they also want officers to always wear badges and name tags.

“All we are doing is peacefully demonstrating. We were disrespected by Kevin Davis. He didn’t take us seriously,” said Kevin Wellons, a 19-year-old man who left the sit-in around 3:30 a.m. with several others after a police warning.

Kwame Rose, an organizer who had been with the group for hours, also left with several others before police moved in. Rose said activists will continue to press for police reforms.

“The politicians, they failed us today,” Rose said. “All [Davis] had to do was come upstairs for ten minutes. All we wanted was for the commissioner to meet the people he’s attacking. And now he’s attacking us again.”

Additional information from the Associated Press.

TECH TO TELL YOUR STORY 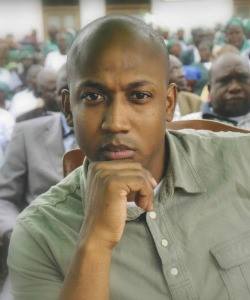 Join Jamye Wooten, a faith-rooted organizer, digital strategist, and 2015 Social Justice Institute Fellow at Boston University School of Theology, keynote speaker at our Tech To Tell Your Story conference. Jamye is the founder of KineticsCom and publishing editor of KineticsLive, an information ministry that integrates theological reflection and practice, and uses dialogue as a catalyst for social change.

Jamye has organized and documented social movements from across the United States, United Kingdom and Africa. He is the former program director of the Collective Banking Group, Inc. (CBG), a Christian ministry that draws together leaders from the faith, business, and public service sectors to develop and enhance economic empowerment strategies for the African American community.

Jamye will share with us how he used social media and other online organizing tools to respond with positive action in April 2015 when Baltimore was being portrayed in the news media as violent and unsafe. Jamye will provide the inspiration and show us just how much can be accomplished, and our breakout sessions will provide the step by step how-to you need to mobilize your audience to engage with your cause in a meaningful way. #FreddieGray #BaltimoreUprising #BmoreUnited 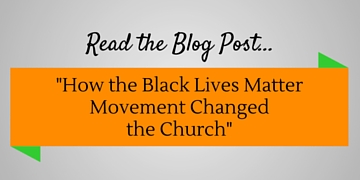 Jamye Wooten has been invited by Rev. Dr. Curtiss DeYoung, executive director of the Community Renewal Society and Duke Professor, Edgardo Colon-Emeric to reflect on the current outcry in Baltimore for racial and economic justice, and the ongoing #blacklivesmatter movements. The Summer Institute for Reconciliation is fostered by a particular methodology that brings together learning and formation at the institute in a way that is at once theological, contextual, and practical. The curriculum revolves around four critical questions. These questions open us up to each other and to new possibilities as we respond in hopes of hearing the Holy Spirit’s words for the movement. In these four questions, we hope to turn toward life in the midst of death, toward the new ordering of the things in the Kingdom of God in the midst of the old order that is dying away in Christ.

The four questions are:

The Summer Institute for Reconciliation is intended for:

Jamye Wooten to Reflect on #BaltimoreUprising at the 2015 Duke Summer Institute for Reconciliation June 10th, 2015KINETICS
Sticky Post By KINETICS Posted in News With No Comments Permalink

This time, a grand jury chose to indict

A Baltimore grand jury indicted the six police officers involved in the arrest, and charged in the subsequent death, of 25-year-old Freddie Gray. Dorian Warren’s guests examine what happened with these indictments and what happens next.

Sean Hannity tonight brought on Baltimore city councilman Brandon Scott Adam Jackson, Baltimore United for Change Coalition member and CEO of Leaders of a Beautiful Struggle, to talk about the recent crime spike in Baltimore. Hannity first confronted Scott about the violence and the victims before turning to Jackson, and that’s when things got confrontational.

Jackson told Hannity the media coverage of Baltimore has been “mired with racist subterfuge” and racist policies and policing practices have factored into the unrest. Hannity immediately asked him, “Are you saying that this is all related to racism?”

Jackson and Hannity went back-and-forth a bit, with Hannity insistent on getting a straight answer. Jackson spoke of “structural racism and white supremacy” in the grander context surrounding Baltimore and told Hannity, “You’re intentionally obfuscating what I’m saying.

‘This Is All a Result of Racism?’ Hannity, Baltimore Activist Clash Over Crime Spike May 27th, 2015KINETICS
Sticky Post By KINETICS Posted in Events With No Comments Permalink